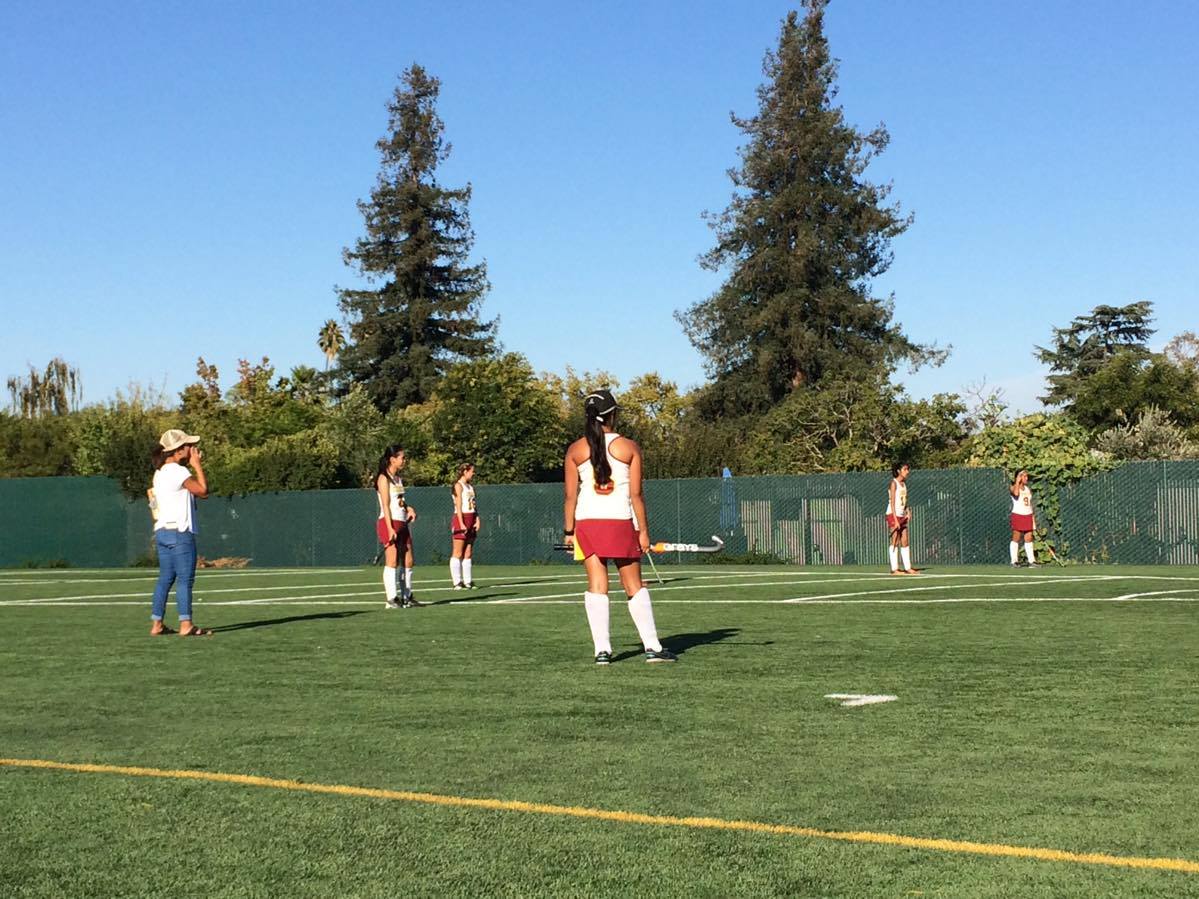 Unlike most new coaches, JV girls field hockey coach Annie Kang is no stranger to the school; just eight years ago, she too was a Tino student and athlete. That, combined with her experience with teenagers through church, has made her job transition smooth and fairly easy, despite it being her first time coaching. But most importantly, Kang’s background has had a huge impact on who she is as a coach and her philosophy.

For starters, she understands the tremendous amount of pressure her athletes face as a result of school. Said Kang, “I know that CHS students have a lot of homework and extracurricular activities, and it’s crazy where they come from. I want field hockey to be more of an outlet, to relieve stress rather than adding onto it.”

Additionally, she hopes to help the girls grow as individuals and as a team. “Aside from winning, my goal is building their character, building perseverance and an understanding for what it means to be united…all those aspects you can’t learn from a book,” Kang said.

According to sophomore Aaliyah Guzman, Kang does a good job of balancing fun and practice, and has made a slight change to training style. “Coach Kang has a great sense of humor, but also wants us to work hard and learn,” said Guzman. “Since she’s really into fitness, we save the last 15 minutes of practice for conditioning like ab workouts and running, which we haven’t really done in previous years.”

As the girls soccer coach for both jv and varsity teams, Sean Coleman has a lot on his plate. It’s certainly more work and responsibility than he expected; however, he is confident, optimistic, and excited to see what his team can accomplish in the coming season. He previously coached JV at CHS, and while it’s the same sport, he admits levels are very different, therefore requiring a different approach.

“When it comes varsity, I want to step things up a bit. My JV teams were very competitive and that gave them a good edge,” Coleman stated. “But for varsity, it’ll be more tough and will require more dedication. I’m trying to establish a culture of getting everyone more fit and upping what we put into conditioning.”

He is true to his word; despite the fact that there is still a month before soccer season starts, he is already scheduling daily conditioning practices. Coleman also plans to initiate exercises, such as more running, that will emphasize speed and agility, two elements necessary for success.

Said senior varsity player Brittany Perrier, “We started conditioning in the summer, which never happened before, and we are continuing it now until tryouts start…coach really wants us to be fit by the time the season starts so we focus more on technical and team drills, rather than getting back in shape.”

However, winning isn’t Coleman’s only goal. Perhaps his greatest priority is the wellness of his team and them being united, and Perrier looks forward to more team bonding opportunities.

“Because soccer is a team sport he really believes in the aspect of everyone working together and not staying in cliques all the time, which I agree with,” she said.

Overall, Coleman has high expectations and sees a lot of potential in the girls. Most importantly, he hopes that the players have a positive experience on the field.

“We’re dedicated to winning and we’re going to work hard to make that happen, but above all, I hope that soccer is something the players look forward to, something that makes them happy.”

“It’s been a lot of volleyball.”

Indeed, it has. For Coach Danny Chan, the journey started in high school and hasn’t stopped since. As someone who has been coaching for fifteen years, he knows how to set goals and tackle roadblocks, and hopes to bring his experience to Tino.

But why are they missing this component? Chan believes he knows the answer. “CHS has never been a true powerhouse program, and I think the girls know that,” he explained. “I’m trying to change the culture of this program to make them more competitive, to change their mindset and remind them that we can be a powerhouse program, that we can be really good if we put in the time and effort.”

To overcome this roadblock, Chan plans to give his team the positive encouragement they need and take things step by step with mini goals that will build up to the big win. Furthermore, he expects the girls to come to the gym and work hard to improve, with the mentality that it’s okay to make mistakes as long as they learn from them.

Transitioning from a non-competitive team to a competitive one for the first time, cheer is the team going through the most change, and with it comes great responsibility. At the head of it all is Coach Joseph Clark.

So far, he has established a harder training system that includes a lot more conditioning. Said sophomore Muskann Shah, “He’s making us try new stunts and techniques so we look unique during competitions.”

However, he knows that it won’t be easy.

“There are a lot of new rules that we need to follow that we didn’t have to in the past, and to working around all the new requirements that we have to meet has been a huge roadblock,” Clark admitted. “Full competition routines are very different from rally routines; they’re longer, harder and more intense.”

Even though he’s introducing the serious side of cheer to the girls, Clark wants to keep the experience positive. “Cheerleading is an outlet for them, a way for them to get away from school for a few hours and just destress and have fun. It’s nice to be at practice and not have to think about tests.”

Clark is confident that the girls will be mentally and physically prepared for their first competition in mid-December.

It’s expected that new coaches bring changes to the team, and the boys varsity water polo team is no exception.

With the arrival of Coach Brad Collinwood,  many changes have been implemented, specifically to training style. Instead of swimming drills, Collinwood has expanded the focus to technique, which is just as important as swimming in water polo. Furthermore, Collinwood has no qualms about getting into the water either. He can be found in the pool with the boys, correcting their form himself, giving advice, and actually showing them how things are done. For this reason, it didn’t take long for the boys to adjust to their new coach.

“We think he’s great,” sophomore starter Justin Hsieh said. “He gets along with us pretty well and tries to get in the pool and help us ut face to face as much as possible.”

So far, the training has yielded positive results. Said Hsieh, “We’re seeing massive improvements in our playing style, wins and confidence. Overall we just feel like a stronger and more solid team.”