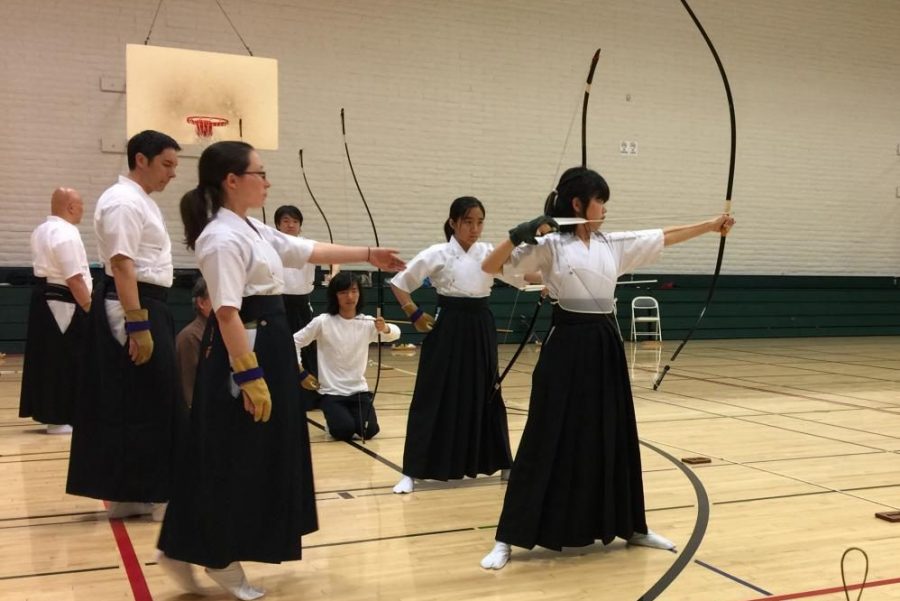 People all around the world love to exercise and participate in sports regardless of their age, gender, or skills. While sports such as basketball or soccer may be popular, here in most of the world, there are students at CHS who play a more uncommon sport. Sophomores Megu Kanzawa and Kotomi Inaba both do Japanese Martial Arts: Kyudo and Kendo, respectively. 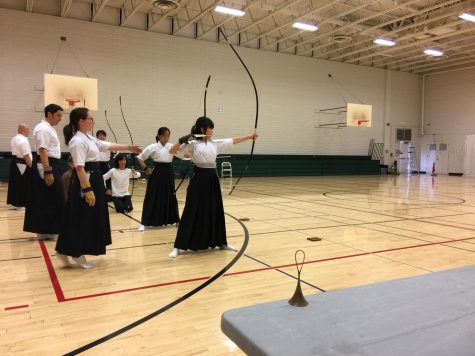 Sophomore Megu Kanzawa has been involved with kyudo since the age of twelve. Kyudo is the Japanese martial art of archery that has been around since prehistoric times of Japan.
“I started playing it because I read a lot of Kyudo stuff in manga, and I saw a lot of stuff on anime, and I was like, ‘Oh my god, it looks really cool!’” said Kanzawa.
Kyudo differs from traditional archery because kyudo archers get scored based on their form and whether they land the arrow on the target. This troubled Kanzawa because she had a hard time completing her form.
“If you miss something in your form, it messes everything up. Even if you move an inch of your finger, it affects your shooting, and it goes everywhere. It requires a lot of precision.” said Kanzawa.
Also, not only do kyudo archers train for precise technique, but they also train mentally. Through kyudo, Kanzawa has learned many skills, one of many being self-control.
“When I started, I thought of something, and it would show in my face. When I was happy, I’d smile. So when I shoot and hit the target, I’d smile so much. Then the teacher would be like, ‘Megu, don’t smile!’ So I became better at self-control.” explained Kanzawa.
Although Kanzawa has not been able to practice as much as she wants to since school started, she is still passionate about kyudo than ever.
“[Kyudo]’s the only extracurricular activity that I enjoy, because I used to go to Japanese school, but I didn’t enjoy it. So I started playing kyudo, and I love it,” said Kanzawa.
One small thing was able to draw in Kanzawa to the world of kyudo. Despite the difficulties, she hopes to keep playing kyudo and also that more people would be interested in playing it.
Said Kanzawa, “Play kyudo! It’s fun, it’s a lot of time commitment, but it’s worth it!” 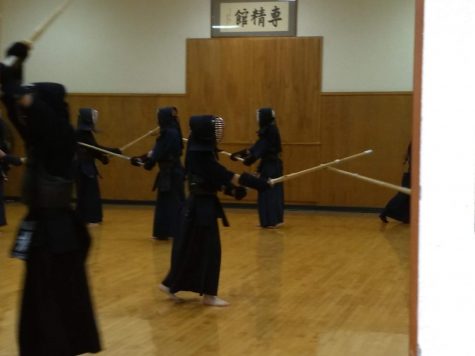 When people first hear about kendo, they might receive a false impression. Kendo is a Japanese martial art of swordsmanship that involves of a bamboo sword (a “shinai”) and protective armor (a “bougu”). Although it may sound dangerous, kendo players are taught that the skills are only meant for martial art and not to harm other people.
Sophomore Kotomi Inaba has been playing kendo since she was 12. When she started, she was living in Japan at the time and her middle school required students to be enrolled in a club.
Said Inaba, “I was interested in kendo from before because a lot of my relatives on my father’s side played it, so I wanted to play it.”
A unique aspect of kendo is that,like kyudo, it helps players grow mentally.
Said Inaba, “Japanese martial art is about your mentality and more specifically, you get to train your mind.”
The greatest challenge for Inaba in kendo is about the technique. Kendo relies heavily on basic skills and if the sword is moved incorrectly, players can get injured. Recently, Inaba has not been able to play because she injured her wrist. However, overcoming challenges can be very rewarding.
“When I went to my first tournament in Japan in my first grade of middle school, I had only played Kendo for a month. I got to win two times or something so that was a happy moment for me,” said Inaba.
One of Inaba’s favorite things about kyudo is the friendships she built with fellow members in the kendo club of her middle school back in Japan.
“When I was still playing for the school club in Japan, I really liked the atmosphere of the club. For example, when someone lost or won a game, it was nice to share the moment with other people,” explained Inaba.
Through kendo, Inaba was able to gain life-long experiences that she wouldn’t have been able to acquire if it wasn’t for the unique martial art.