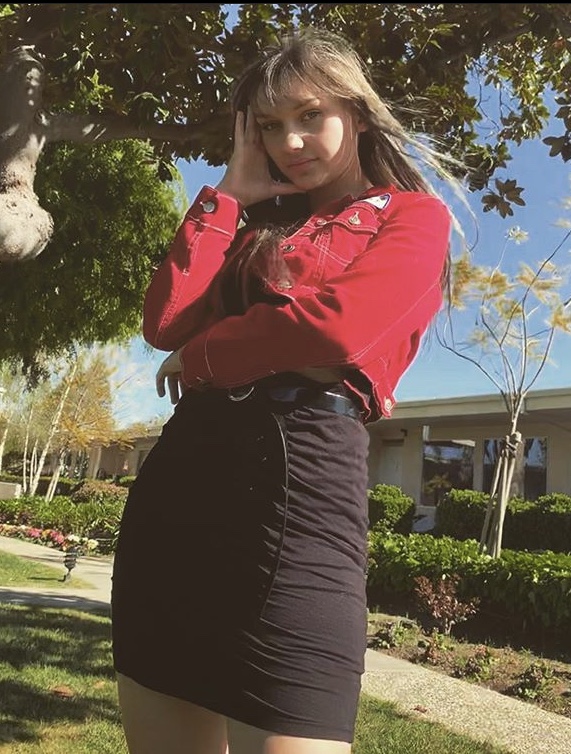 The life of stardom is glamorous: something that many long for but only a few get. For freshmen Idun Carling, however, she’s already living the dream: she’s a Swedish TV show star.

Carling, who has starred in two tv shows so far, started auditioning for acting jobs in Sweden when she was only eleven. She got her first job when she was twelve.

“My parents were probably pretty annoyed with me because I dragged them to auditions. [The auditions] were on the other side of the country too. I would go to auditions everywhere,” said Carling.

She originally wanted to become an actress from her desire to become famous, but also as a way to seek revenge from some people.

Said Carling, “I didn’t like a lot of people at my school, and I was like, ‘yeah you were mean to me, guess what I did, I became famous!’”

“I gained a lot of new social skills because you have to talk to a bunch of new people. I also gained skills in finding stuff to do when I was bored! It’s because it was mostly boring being on set.” said Carling.

Some of Carling’s favorite aspects of acting are watching the completed work and getting into character.

“[Getting in character] is like getting into someone that you aren’t and to see how it’s like. It’s kind of fun!” explained Carling, “The name of my character of a show I was in was Maya, and during the time everyone on set called you the name of the character because it was easier than remembering two names. So, I started to listen for the name [when filming]. It was like my second identity.”

Although when it comes to acting Carling mostly has positive experiences, she faced some hardships back in Sweden.

“I remember when I was on a flight, and there were these two kids, ten-year-old girls recognized me. A lot of people recognized me in Sweden.” said Carling, “It was kind of annoying sometimes because you’re going somewhere to do something and they just stop you. It’s kind of awkward if you’re with your friends or family.”

To people who want to follow Carling’s footsteps and become an actress, Carling advised that ‘patience is the key.’

“Be patient. Go to a bunch of [auditions]. [People in the industry] need to know you exist. They may think you’re good but they don’t put you on that exact job but would recommend you to another. Just go to every single audition you can get your hands on.” explained Carling.

Since moving from Sweden one and a half years ago, Carling has not taken an acting job in the US yet.

Said Carling, “I’m still trying to get one in America, but it’s a lot harder because there are a lot more people that are good at acting. It’s harder to get in but I’m still trying.”

Looking at her future, Carling is interested in becoming a doctor, but acting will remain an irreplaceable part of her life.