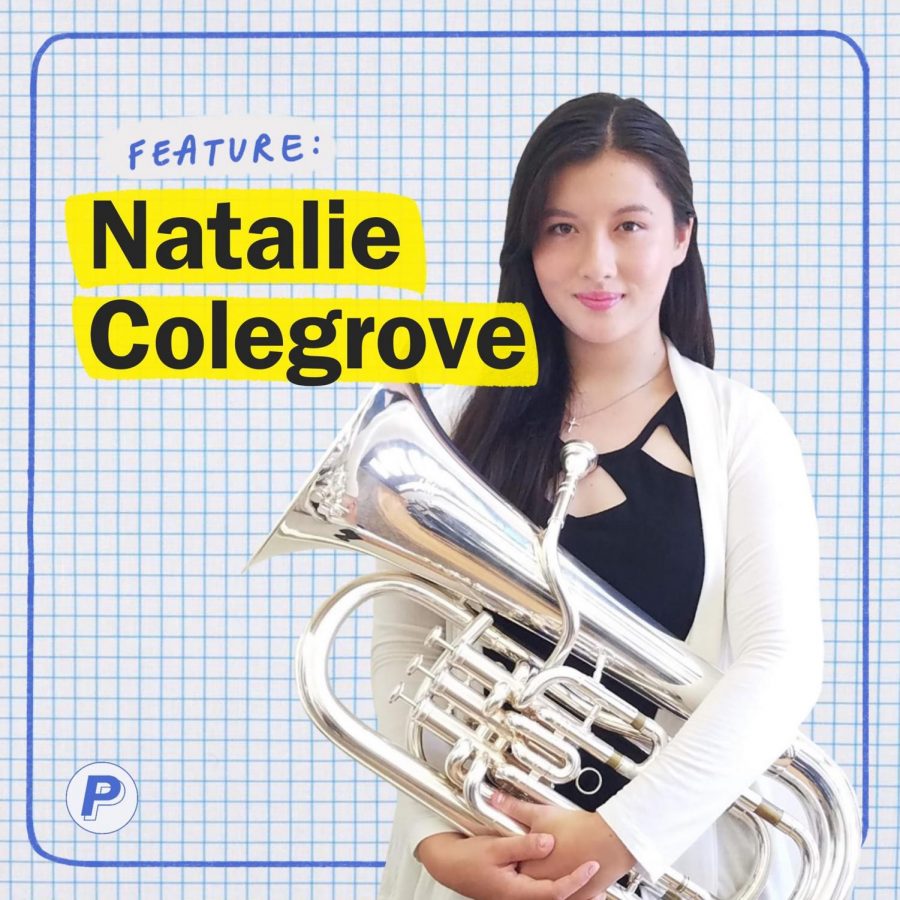 “I didn’t really have anything(I was passionate about). Then I found this thing and I am just like ‘oh my God’ I want this so I put everything into it.”- Natalie Colegrove

Natalie Colegrove is a junior at Cupertino High School and a National Euphonium player. In Natalie’s first three years of performing, she was selected as the principal euphonium player for the 2017 California Junior High All-State Honor Band. In 2018 she was accepted into the California All-State Honor Band and ranked as one of the top high school euphonium players in California. Most recently, Natalie has been accepted into the Honor Band of America, the most prestigious honor band in the nation. This past summer, Natalie placed second in the student division of the International Euphonium and Tuba Festival’s solo competition. Natalie also has a band memes account called euphieslife which has 33,000 followers and she runs a business selling music apparel.