Athlete of the Month: Amy Thusen 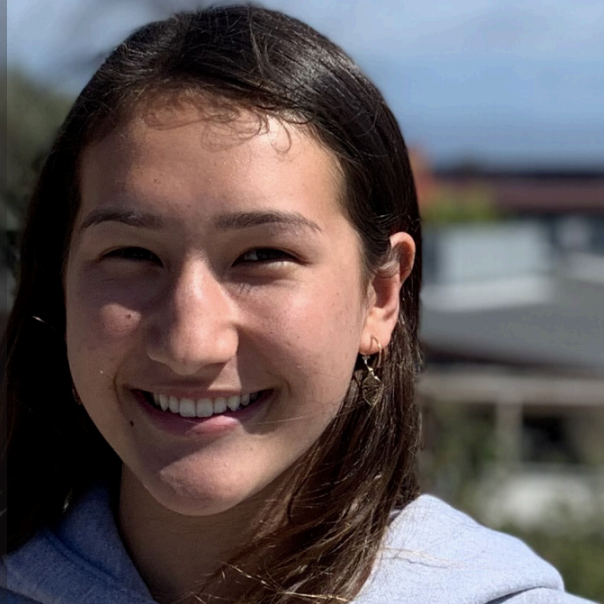 Track and field is an event found in every school with a variety of competitions. The Cupertino High School program has done especially well in the league, and one such athlete is junior Amy Thuesen.

Having earned top honors such as 8th at high jump at CCS, and 1st in long jump at SCVAL, Thuesen is an accomplished athlete through many events.

Said Thuesen, “Usually I do long jump, triple jump, and high jump, and I get thrown in the four by four — the last event of the entire meet.”

She was first exposed to track through middle school PE.

Thuesen mentions, “It initially started in PE, I just tried it and I really liked it. I was

currently doing gymnastics, and when I found out that I really liked it [track] I just completely quit. I was also dancing so I quit ballet and I quit rhythmic gymnastics, and I decided to go headfirst into track.”

After the school track season ends, she participates in a club track team for the next four months. Due to CCS restrictions, athletes cannot participate in both school and club at the same time. Through her club team she competed at Nationals in 2017 placing fourth in high jump and fifth in triple jump.

Thuesen recounts, “This was over the summer, not really for school, but I competed at Nationals, that was the season that I quit eating sugar and I felt like this was the moment I wanted to seize and I went headfirst [into it] this is what I’m going to do.”

However, sports come hand-in-hand with injuries of which many track athletes have shin splints, which are a result of the pressure on the bones from running.

Looking toward college, Thuesen says, “I don’t want to be tied down to a school and just because I’m there for a sport. I want to be able to have more freedom.”