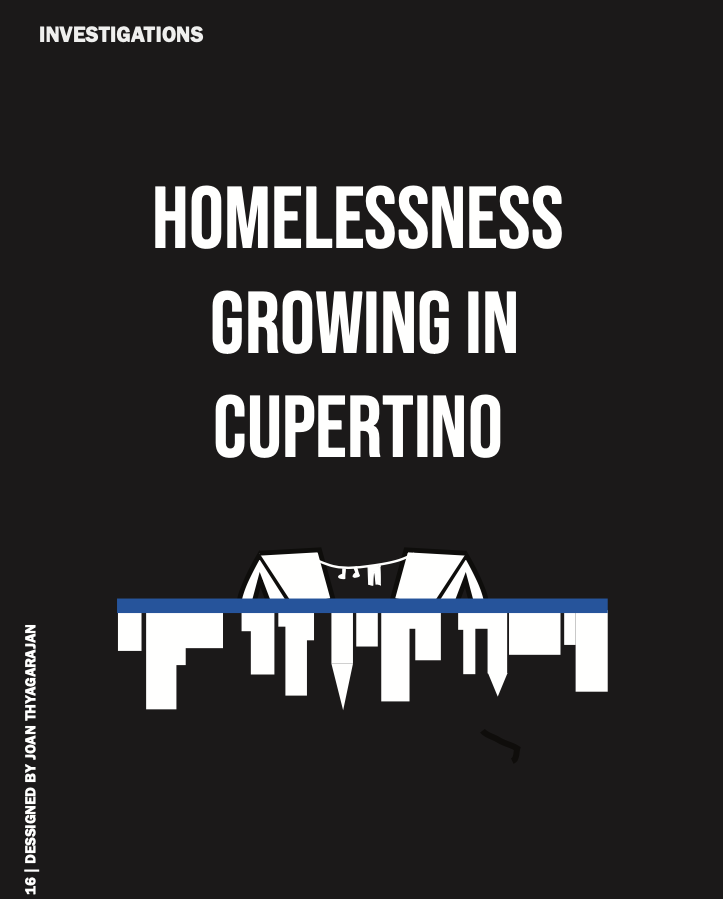 Despite the soaring cases of COVID-19, a rising number of people in homeless encampments is also evident.

Unemployment–a status in which people cannot find work–has been an economic shackle to those in the Bay Area. As the pandemic impedes the running businesses and department stores, workers struggle to find employment and maintain a steady income. For instance, George Avalos, a business reporter for The Mercury News, has reported that “unemployment would soar up to nearly 17 percent in the Bay Area, and 18.8 percent in California”. Consequently, the gradually increasing rate of unemployment in the local community intimates the expansion of the homeless shelters within the area.

The Santa Cruz County Environmental Health Department has successfully handled the homeless population’s influx in recent months. In May, they provided 18 people devoid of the necessities with various services such as meals, hygiene, and health assessments; they anticipate to provide more services for people who face either financial or housing difficulties. Like Santa Cruz’s calamity, an expanding “colony” of homeless people is evident near Wolfe Road–a familiar street for Cupertino residents–as the county seeks appropriate solutions to cease the growing homeless population.

With COVID-19 highlighting Cupertino’s homeless, community resources are being diverted to assist them. More eyes have fallen on what local measures can do to improve the crisis.

Like Connie Cunningham of Cupertino’s Housing Commission, housing activists point to Cupertino’s lack of infrastructure to support the homeless. Currently, Cupertino has no homeless shelters to help the homeless during California’s many disasters. Instead, in conjunction with West Valley Community Services, Cupertino supports its unhoused population with short-term but practicable measures like donations.

Cupertino does not maintain any approved homeless encampments. Although CDC guidelines have temporarily halted the dispersal of homeless encampments, city officials will again uproot them once risk from COVID-19 is low enough, regardless of if housing is available.

The encampment on Wolfe Road, which shelters about 20 people, will be given 72 hours to relocate themselves and their possessions; all unhoused people in Cupertino could face relocation shortly. Relocation has been Cupertino’s historical policy, aimed at maintaining clean and safe neighborhoods.

Activists for unhoused people fear that there is nowhere for them to go. One of the most effective methods to reduce homelessness is constructing more affordable housing. Cupertino has continually lacked projects, including Below Market Rate housing: economic concerns mean that no developers applied for BMR housing permits in 2019 or 2020.

Cupertino’s homeless problem will only worsen. In 2019, Cupertino had 159 unhoused people. That number likely rose with the economic disruption of COVID-19: the most common self-reported reason for people to become homeless is job loss. It will only grow further when eviction moratoriums lapse. It all adds up to a grim near-future projection for the homeless people of Cupertino. State legislature offers some hope: bills incentivizing BMR housing, like AB-2345, can reduce the housing gap, though many people face widespread opposition.

There is no simple solution to homelessness. However, cities across the Bay Area face similar challenges and represent valuable, cautionary case studies. In Santa Cruz, an emergency transitional shelter was opened in February 2018 until city officials could find a permanent location. After widespread local opposition, no suitable location was chosen, and the temporary shelter closed in November of 2018. In 2019, Santa Cruz had 1,179 homeless residents, or roughly twice Cupertino’s per capita homelessness rate. Santa Cruz demonstrates that only a whole-community, multi-pronged effort, is likely to impact an issue as deeply rooted as homelessness.

Soon, homeless encampments will once again be regularly dissolved, and homelessness will return to being an invisible problem. If Cupertino is to have a future where the unhoused can once again have a permanent address, invisible must not mean unresolved. Although Cupertino cannot offer easy solutions, California’s state legislature and local community members’ concerted work is slowly moving Cupertino towards a more equitable future.

Steps Taken By the City | Kevin

As the amount of homelessness begins to increase, city officials have started to discuss what they can do about the current situation and what they already have done.

The city has tried to help with the homelessness issue on Wolfe Road, providing essentials such as trash pick-ups, handing out free face masks, setting up portable bathrooms and handwashing stations that are serviced twice a week, and a $65,780 grant. Cupertino City manager Deborah Feng has been working with this issue.

Said Feng, “What we’ve done is we’ve created a team or group collaboration where we work with the county to help these folks get onto a pathway for housing.”

The area the encampment is on is owned by Caltrans. As a city manager, Feng has been working with the sheriff department and Caltrans to resolve the issue in the most efficient manner.

Said Feng, “The role of the sheriff department is to do mental health check-ins for wellness with the encampment members […] With the recent fires causing bad air quality and heat waves, we’ve also offered water and cooling centers given their inability to shelter-in-place.”

Steps they have taken so far is relocating those living in the encampment to housing. Along with relocating, the city has partnered with West Valley Community Services to help provide basic necessities like food, water and other supplies. Although measures have been taken to lessen the spreading impact of the encampment, there still have been many complaints from members of the community. Plans have been made to evict all residents of the shelter once the quarantine for the coronavirus pandemic is lifted.

Said Feng, “It’s really not safe to be living on the streets, especially a busy street near a freeway ramp […] Each person [in the encampment] will have their own individual plan for relocating given that each one has a different situation. ”

The long term solution the city hopes to accomplish is relocating all the residents of the encampment to proper housing however Cupertino does not have any homeless shelters. To combat the lack of homeless shelters, the city has partnered with Destination which helps homeless individuals relocate into housing.

Said Feng, “The sheriff’s go out there everyday and the county is out there a lot encouraging individuals to talk about their plans. In the coming weeks we’re hoping that we will be able to bring it to resolution.”

Cupertino’s plan on ending homelessness has been going on for a while, and the issues have not stopped even with complications such as the COVID-19 pandemic, the California Wildfires, and the sudden heat waves California residents recently have been facing.