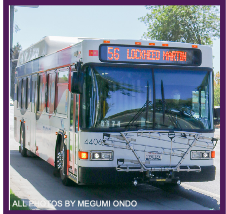 Valley Transit Authority (VTA), which controls transportation in Santa Clara County, faces one of the largest financial crises ever. Public transit, primarily funded by sales tax, is witnessing a sales tax drop of 40 percent due to the pandemic, leading to a possible plan of cutting bus services by a third. As public transit continues to decline, fewer people are likely to ride it, making it less of a priority. As a result, bus routes will be cut, and bus frequency will be decreased to a 30 minute wait time, creating a setback for the 80 percent of non-car owning VTA riders.

Said Cupertino High school student Teesha Sreeram, “Transit gives me a safe and quick way to get home after school every day, saving me and my family a lot of time. I have younger siblings, making it difficult to coordinate who gets home on time, so transit is really important.”

However, funding issues for public transit have existed long before the financial crisis caused by the pandemic. Before 2020, even with high sales tax and gas tax projections for funding, bus services have continued to be cut for the past 20 years despite promises to increase transport in multiple ballot measures.

Said transit advocate Monica Mallon, “They do break promises, but they don’t care as much about breaking promises to people that take transit because they’re generally students, seniors, low-income people that don’t have the resources to fight back. They care a lot more about people that are wealthier and have more current influence.” Certain business groups are able to spend a large sum of money to fund their own projects for VTA to implement, yet transit advocates sometimes fail to put their own measures into place as they lack financial influence.

As of now, the future for bus services has a very unprecedented outlook scaring many of those who are solely transit-dependent and bringing concern to the priorities of those who hold power.