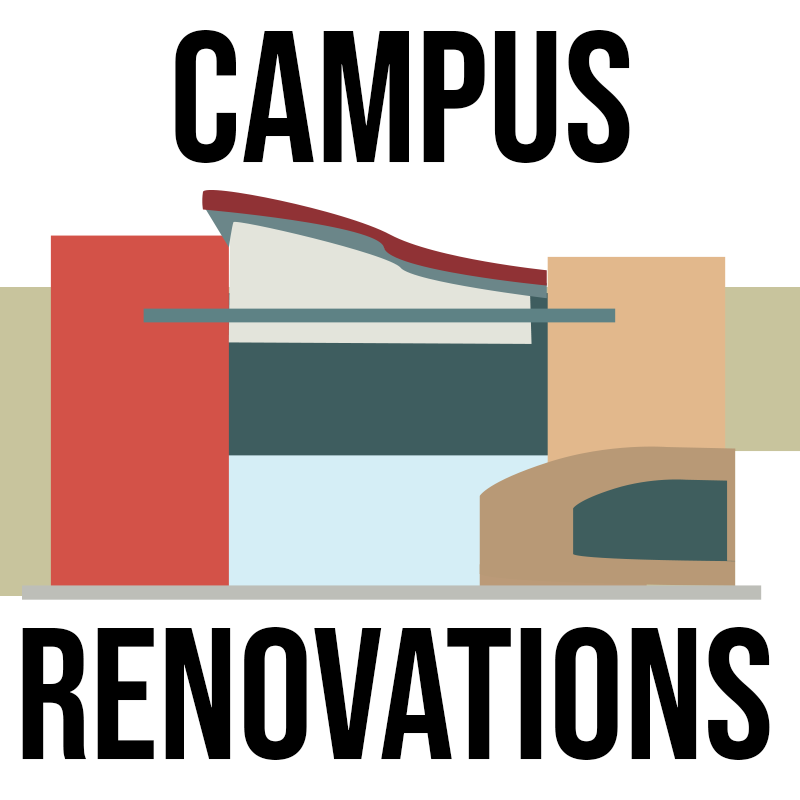 In early 2017, Cupertino High School had a significant addition to the school with its expansion of the 6000’s building and various campus improvements. Three years later, it continues to undergo renovations to improve student life and its footprint.

Early in 2020, the science department teachers asked students to survey what science classes students intended to take the following school year to gauge how relocation between buildings should be handled. While this was ultimately not so important as the next semester began virtually, it was one of the first steps CHS took to planning its renovations around student life. One of the most critical updates to the building is a new roof, which replaces the faulty, old one that leaked quite often. In addition to alleviating this problem, Cupertino High School has also taken measures to increase energy efficiency. Like in the units installed within the 6000’s classrooms, new motion detected ambient lighting and increasingly energy-efficient HVAC systems will be put in place. Finally, new speakers will be put in, as well as a fresh coat of paint. Steps away from these renovations, the campus will gain a significant upgrade with the addition of a “bike plaza.”

One of the major renovations to directly impact students will be the new “bike plaza” currently being constructed. Replacing the portable classrooms between the 500’s wing and the wagon wheel, a new area will be put in for students to safely park their bikes. The new bike racks will allow students to directly lock bikes to the frame, instead of the previous racks that were secured to the wheels.

Said Junior Saaketh Kanduri, “I think [the new racks] will help because people will have to care about the safety of their bike a lot more, because before this people were kind of relying on the safety as a group of bikes”

The new plaza will bring the capacity to 624 bikes, doubling the current capacity. Cupertino High School is also working with Safe Routes To School to ensure that bike traffic can safely be directed towards the new plaza.

The campus will also see major updates to its athletic field and student parking area. A small improvement that will make a big difference is changing the baseball field from grass to synthetic turf. The synthetic turf will be far easier to maintain and save a lot of water. The new field also adds a practice field that can be utilized by other sports between seasons.
Said CHS Principal Kami Tomberlain, “Without turf on the outfield, the baseball field was off-limits for other sports’ practice, leading to overcrowding or challenging scheduling between seasons. This will help because the extra play will not damage the turf fields.”

To further improve the campus layout, the practice field next to the baseball field is being replaced and converted into a new entrance. It will include a new ticket booth, landscaping, and a direct entrance to the athletic fields, eliminating the need to navigate the campus.

Said CHS Assistant Principal Steven Puccinelli, “During football games, we’ll lock the old gate, and you can either come through the new entrance or the once along Tilson Avenue.”

The new entrance will open up from the expanded parking lot, bringing 20 additional parking spots and a few electric chargers.

In total, Cupertino High School has updated the 500’s wing with a new roof, improved utilities, expanded the area for bike parking with a new “bike plaza” and revamped the front of the school with additional parking and a direct entrance to the athletic fields. The changes will not only reduce CHS’s footprint but also positively impact student life. Renovations are expected to be completed by the end of the first semester of the 2020-2021 school year, with future renovations planned to modernize the 300’s wing in the coming years.