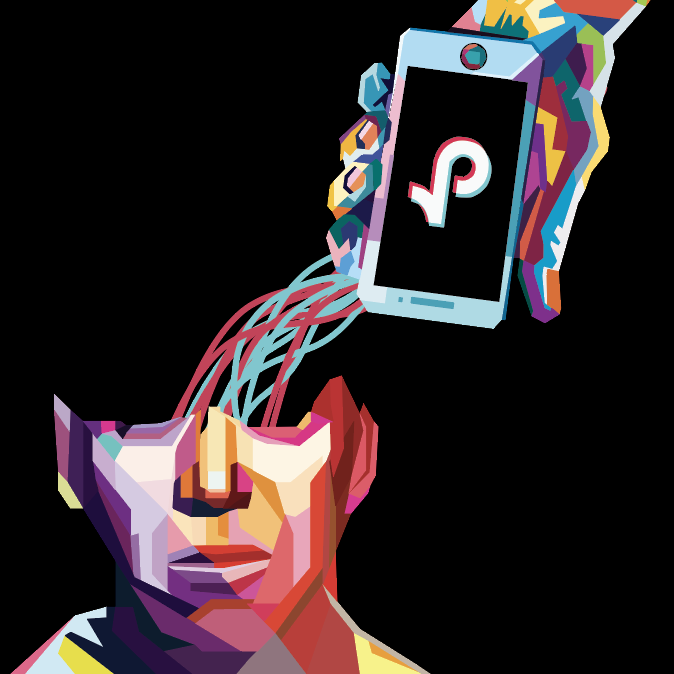 The world-renowned video-sharing app TikTok as we know it today came to be after the Chinese company ByteDance acquired Musical.ly, a top-charting No. 1 US iTunes app, for $1 billion and merged it with the pre-existing TikTok. With 500 million users, TikTok videos always garner thousands or millions of views, likes, shares, and comments. Contrary to popular belief, videos of TikTok users dancing to “Renegade, renegade, renegade” and “Now from the top, make it drop, that’s some WAP” are not the only content you can find on the app. Whether it be K-pop, politics, art, dancing, cooking, or merely random comedic videos and skits, TikTok has it all. Because of TikTok’s unique algorithm instilled in its “For You Page”, users can spend hours scrolling through, video after video. Though a seemingly harmless social media, TikTok may lead to adverse side effects on a user’s psychology because of how the app is structured. The dangerous idea of short term gratification arises, which can be detrimental to a person in more ways than one. It’s important to remember that TikTok’s motive is to engage its users and make money—its interests may not align with its users’ well-being.

When talking about TikTok, many mention how scarily accurate and fast its algorithm can cater to their interests. After only several minutes of interaction with the videos fed on the For You Page, TikTok can discover the niche you’re interested in. If you like dancing, the algorithm will provide you with videos of users like @charlidamelio and @addisonre. If you like cooking, the algorithm will feed you videos of users like @tasty and @gordonramsayofficial. Depending on if you rewatched, liked, shared, or commented on a video, TikTok’s AI will understand how you work and send in another endless stream of videos catered to you. How it’s algorithm exactly works is unknown, of course, which’s why TikTok is so successful. When a video you do not like pops up, however, is where the problem starts.

Like YouTuber Elliot Choy stated in his video “TikTok Ruined my Life,” “… [the videos] are super short and low commitment. If you don’t like what you’re watching, even in the first second … maybe even less than a second … all you have to do is swipe.” You swipe instantaneously when you’re uninterested until something you like pops up, which in total probably only takes several seconds; you just achieved instant gratification, which means you can achieve what you desire in a short period of time. Of course, the issue isn’t necessarily the fact that you swiped away on an uninteresting video, but rather lies in the big picture. Take studying, for example. Like Choy stated, “studying for a test or doing your schoolwork … it’s not fun, but the students who are able to go through the pain of being disciplined, studying, and doing their homework are going to end up getting better grades.” The idea is that though you may not achieve instant gratification by studying, the effort will pay off in the long term and you will achieve delayed gratification. On the other hand, if you desire instant gratification, you would put off studying and instead, relax and watch TikTok. You will be unhappy in the long term, however, because there is no delayed gratification, or meaningful gratification, behind your actions. Of course, swiping away on a TikTok video is a trivial matter, but it is still training the mentality of instant gratification in the user’s psychology. If oblivious to this phenomenon, you might fall into the trap of instant gratification and become insatiable with the desire to find good content on TikTok. Addiction to TikTok, or just social media in general, is detrimental on its own.

It is without a doubt that TikTok is a transformative app that has been a great source of entertainment, especially for the younger generations—a lot of pop culture and slang have arisen. Instant gratification, however, has similarly arisen as an unexpected consequence, which can become potentially detrimental towards the young and impressionable users. All said and done, TikTok is still an enjoyable app to scroll through during your free time. Next time you do so, however, be sure to acknowledge the feeling of instant gratification in play.