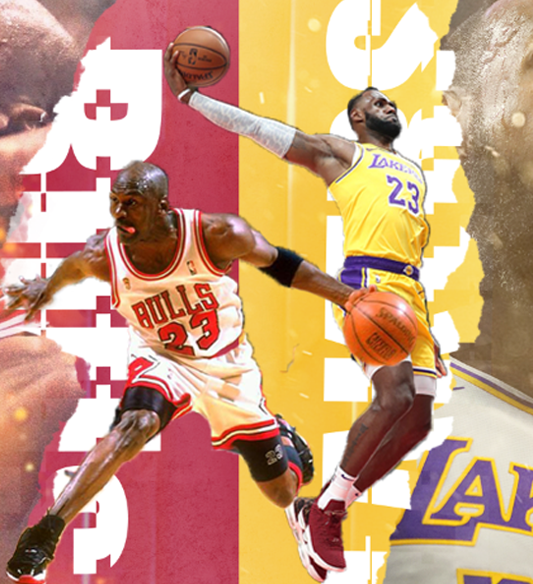 What does it mean when people call an athlete the GOAT? No, it does not mean they are actually a goat. GOAT stands for the greatest of all time. It is often used in a sports context to describe the best athlete ever to play the sport in its entire history. On many sports talk shows, commentators debate whether a player is the GOAT or not. Sports stations like ESPN and FOX Sports often host GOAT debates which rack in millions of views. These debates often draw attention by featuring outlandish statements and loud accusations. While they often contain facts, these debates are subject to personal bias.

Many players are involved in the GOAT debates. When it comes to basketball In, many people differ in opinion. Most people are split between LeBron James, Michael Jordan, and Kareem Abdul-Jabbar. People who believe LeBron is the greatest are accused of having recency bias, while people who believe Jordan is the greatest are called LeBron haters. Often many different arguments and statistics are brought up in these debates but most are not comparable. For example, some argue that an athlete deserves the title of GOAT more than another because they have more championships. Another may argue that a different athlete should earn the title because that player scored more. These statistics cannot be compared because the number of championships and scoring ability are not in the same category. Many factors determine the greatness of an athlete. Bias often plays a huge factor in who someone believes is the GOAT. Therefore these debates are often unfactual and do not make sense.