Athlete of the Month: Richard Oh 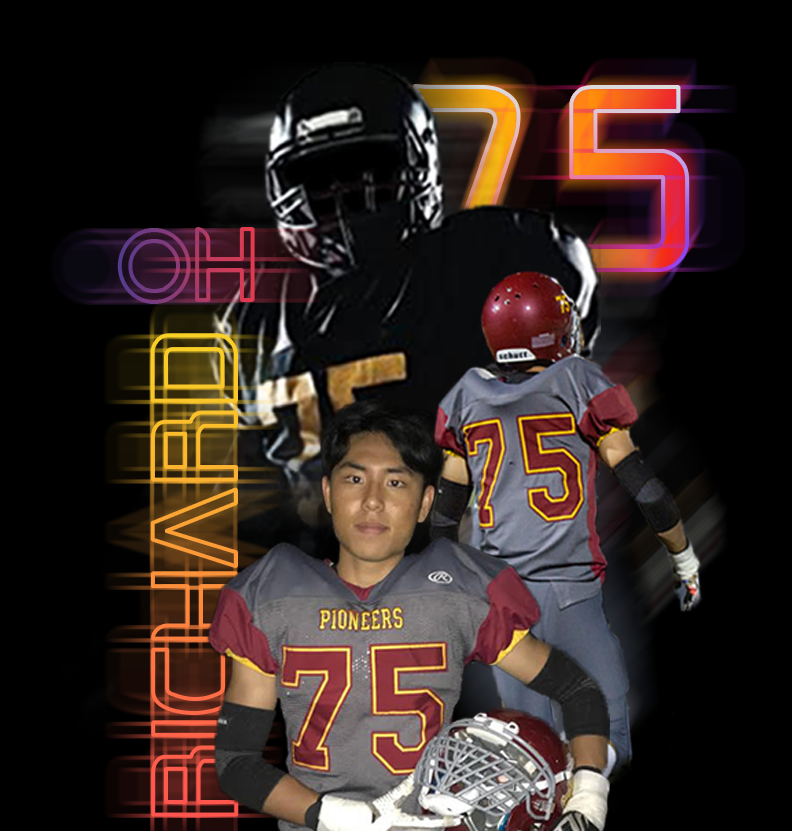 Quarterback. Touchdown. Gridiron. Even just a few years ago, those terminologies meant nothing to Senior Richard Oh. Growing up in Korea, he had little to no knowledge of football.

Said Oh, “It wasn’t ‘til attending a macroeconomics summer camp in Johns Hopkins University did I first meet football. In Korea, I didn’t know anything about sports, let alone American football. Getting involved in sports allowed me to socialize more with my peers, gradually making me more interested in the sport itself and its violent nature. And here I am now playing football in the soul of America.”

After being exposed to football at a summer camp, he was determined to become a quarterback for the high school team. Ready to set foot into the world of football, Oh was met with an unfortunate setback. Right before Oh entered high school in America, he injured his right arm, losing his upper-body strength, and he had to miss a portion of the summer practice in order to rehabilitate.

Said Oh, “When I broke my arm, I really felt crushed. My low physical stature as a football player is not going to get me anywhere in the future. I found myself lying in my room, looking up at the ceiling , thinking ‘what am I going to do with my future’. But as I gradually recovered from the injury, my mindset changed from more of a, ‘I’m not going to be able to do it’ to ‘I’m going to be able to do it.’ Those kinds of solidified mindsets.”

Although Oh faced difficulties, he had support from his team and Coach Oswald. After coming back from surgery, he found positive notes in his locker from his teammates.

Said Oh, “I developed a stronger bond with my teammates […] Their notes made me feel like I had an impact on the team that I constantly want to maintain.”

Along with gaining physical skills, football has also revealed other paths of interest for Oh. While Oh was injured, he took a lot of time to read about concussions and became exposed to the fields of neuroscience and philosophy. Balancing his time between his varying passions, football and school has required mental and physical discipline.

Said Oh, “As a student athlete, sports take a lot of time, both in practices and games. To maximize my time I try to use those small remaining chunks of time like during football games for reading books, research papers and constantly studying. When I’m in the locker room prepping for a game, I’ll use the bands to warm up my arms while watching a lecture on Quantum Mechanics from MIT. I try to inject all those things into my lifestyle making it more of a natural thing.”

It never seemed possible that a sport as heavily based in American culture likase football would be able to influence his life to this athletic and academic extent.

Said Oh, “This is the reason why football is so precious to me. Because not only did it allow me to grow on both the physical side and intellectual side, but also helped me to find a passion for philosophy and physics.”