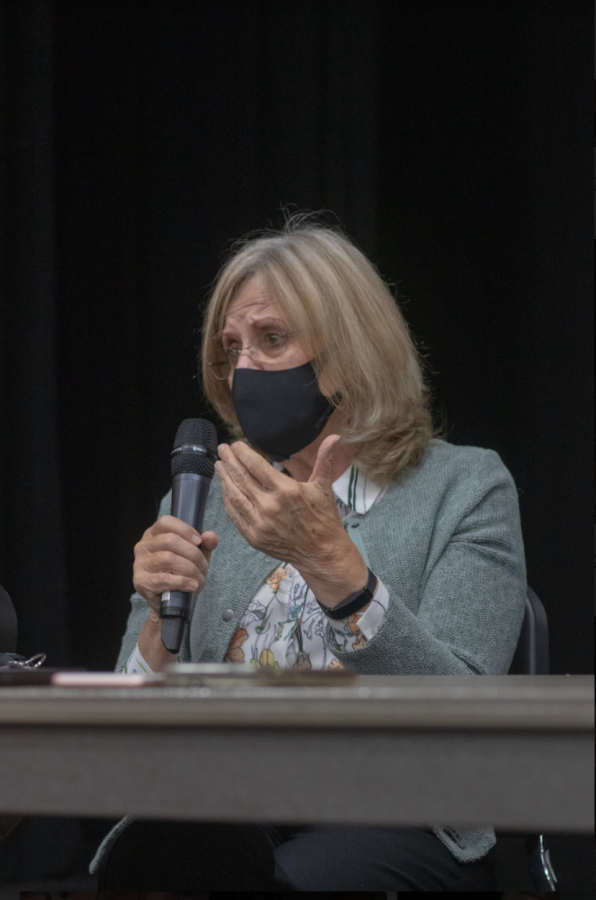 Despite concerns from students, the Fremont Union High School District School Board renewed the contract for the Student Resource Officer Program for five more years in September of 2020.

According to the United States Department of Justice, an SRO is a sworn law enforcement officer responsible for safety and stopping crime in schools. The model used by FUHSD is slightly different than many programs used by other school districts: two sheriff deputies spend their time across all Cupertino schools and are only involved in serious incidents.

In the 2018-2019 school year, 12 students were expelled from FUHSD: all 12 cases involved SROs. The FUHSD website claims that the partnership fostered between SROs and site administrators help navigate these situations with finesse.

According to the district website, FUHSD currently spends $24,000 on the SRO program annually; this includes $12,000 to Sunnyvale Public Safety and $12,000 to the Sheriff’s Department. This amount is substantially less than the expenditures of other school districts, like the now-dissolved police contract between the San Jose Unified School District and the SJPD. The contract reportedly cost the district $1 million annually, according to the Mercury News.

“We pay $14,000 a year to the sheriff’s department. That’s probably less than… I don’t know, the El Estoque budget,” Superintendent Polly Bove joked in a press conference on August 3rd.

With this money, the district plans on being more transparent with families on their spending. “We’re going to publish how they use that $14,000 every year,” Bove assured.

Students often suggest redirecting funds from the SRO program to mental health services. But according to Bove, this might not be the best approach.

“A school based therapist all in, that’s way less than 5% of them or 10% of [SROs]. So it just wouldn’t provide any significant amount of additional therapeutic support,” Bove said, “We’d rather […] make sure that our agreement with law enforcement is the same across the district”

Reallocation of funds or not, there are still many students opposed to the SRO program. A petition was made in July of 2020 calling on FUHSD to dissolve the contract, and 137 individuals (including students, alumni, faculty, and parents) have signed it.

Students like Homestead Junior Dan Penalosa have expressed discomfort with SROs and are counting on the district to make a change.

“Having the presence of police on campus doesn’t exactly help with students’ mentality, especially given that kids do have bad experiences with beat cops and sometimes even the SROs themselves when they’re off school duty,” Penalosa expressed. “Honestly, as a brown student, I really don’t think that having police would be in the best interest of making a safe learning environment.”

Though FUHSD has not completely eradicated the SRO program, the district is working on listening to students about their concerns..

“The principals are going to, in this case of Homestead and Fremont, reach out to students who might be uncomfortable with police officers on campus [and] have them in that group,” Bove stated, “They’re going to meet four times a year with that group. They’re going to listen to what works and what doesn’t work. They’re going to try to come to some mutual agreements, and better understanding of what the SROs actually do.”

Although many students are still opposed to the program, like Penalosa, he and many others believe that these measures will have a positive impact.

“I feel like Bove’s steps are a first step,” Penalosa began, “But they wouldn’t have happened without pressure from students. And after a year, the pressure isn’t exactly there.”