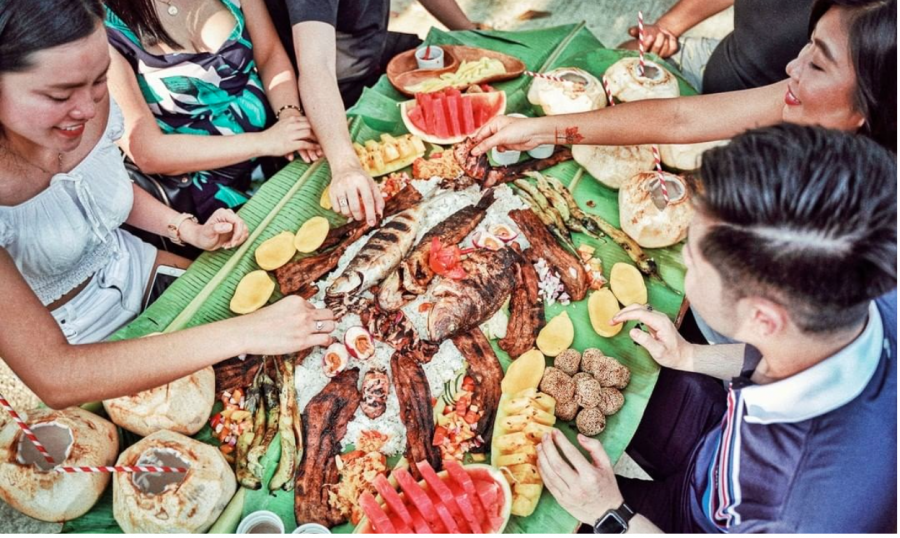 While peeling shrimp, he let out an expression of disgust. After being food-shamed while eating one of my favorite meals, I was left feeling confused and misunderstood as an Asian-American. However, I used this experience as a learning opportunity to help me gain closure of why this happens to many Asian-Americans. Later realizing that this vilification and racism in food is rooted in colonization and many of my peers have similar experiences.

As I was eating The Boiling Crab during my 15th birthday celebration dinner, my sister’s white boyfriend expressed his confusion and concern in regards to why the shrimp was not deveined. As any other person who is unaware of the culture would do, he attempted to devein each cooked shrimp with his fork. At first, I found this strange and almost funny. It seemed like a stupid question since eating the vein is normal in my household and in the majority of Asian dishes. He asked my sister why she was not deveining the shrimp and she told him it was not necessary. I then explained how the shrimp vein is mainly sand and sediment from the bottom of the ocean as shrimp widely consume ocean plants and small fish. His raised eyebrows and the puzzled look on his face is engraved in my mind.

His confusion and apparent disgust inspired me to research why American society has villainized a completely healthy and edible part of a crustacean. I discovered that this vilification is rooted in colonization because throughout history colonizers have forced the indigenous people of an area to conform to their way of thinking, altering their way of life. This implemented racism through colonization can even be seen in the origins of the United States. As the colonizers committed massacres against Native Americans, enforcing laws that violated their cultural and religious beliefs, forcing conversion to Christianity and stealing their food, altering their traditional diet to include dishes such as frybread. This culturally-rooted issue in our community connected back to my driving question of “why is this so prevalent?” This is because the United States is just one of many examples of colonizations’ effect on food culture, as similar situations can be seen in The Philippines, Mexico, India and more.

With this newfound understanding of why Asian food is often stigmatized in the West, I sought out the experiences of my peers and related events happening in the world around me to see how this was affecting lives every day. My friends and classmates revealed times where people told them their lunch was gross saying their curry “smelled bad,” or their noodles “looked weird”. In one instance, a student’s lunch was thrown on the ground because it was seen as “disgusting.” I tried to get involved with the community, in June 2021, I signed the petition in regards to removing the “Fill Your Guts Or Spill Your Guts” segment of The Late Late Show With James Corden, a truth or dare game where celebrity guests were obligated to eat “gross” foods. Corden had been called out by the AAPI community for this segment because the majority of the foods included were seen as delicacies throughout Asia.

Hearing about this and the experiences of my peers led me into a feeling of frustration and helplessness, as this was seen as a universal Asian American experience that the AAPI community just had to “deal with. I then learned about other ways that I could impact my community by attending virtual marches, supporting local Asian businesses, and educating non-Asian people when this occurs. I realized that although I cannot abolish racism in food, I can still have an impact and make a difference within my community, providing me with the closure and satisfaction that I longed for.