The Demonization of Religion 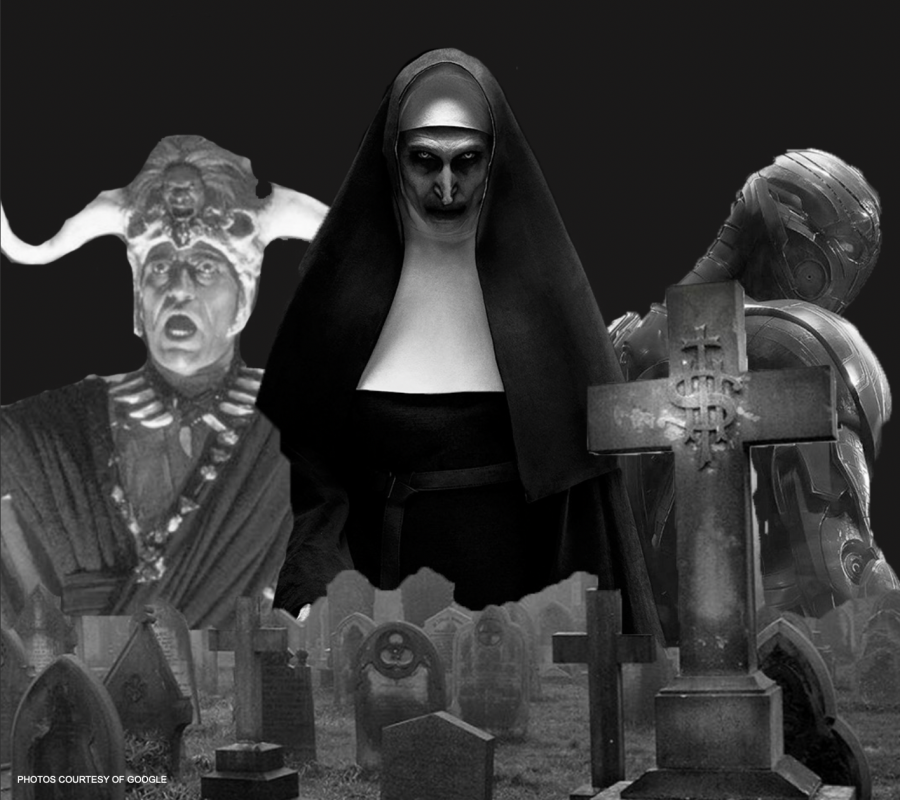 Exiting a cinema, reiterations of movie scenes are enacted in our minds, unconsciously instilling ideas. Often these ideas can spark inspiration or promote reforms. Other times these concepts can reinforce adverse notions. Controversial affairs are effortlessly misrepresented to millions of watchers. In films, especially those residing in the horror genre, aspects of religion are depicted inaccurately or are employed in disconcertingly exaggerated storylines. This erroneous usage of faiths can contain long-term pernicious implications.

The spiritual horror of today can be traced back to the swell of occult films in the 1970s. An ample amount of cultural ideals transformed during this time, commencing the era of questioning religious beliefs. Dark spirituality, the supernatural and superstition became omnipresent in western pop culture. Films frequently critiqued the innate dangers of blind religious faith. Movies about corrupt nuns, evil priests and cults acquainted viewers with new perspectives on religion. In the real world, cults are truly prevalent and can be life-threatening. However, the oversimplification of this issue and its acceptance in an almost-joking manner diminishes its significance.

Copius modern horror films explicitly juxtapose religious components with evil to frighten their viewers. Considering that horror films are fictional, the supernatural and deities are frequently intertwined to thicken the plot. A recurring element includes a terrifying, soul-screeching exorcism. This can be discerned in the horror film The Exorcist. Two priests conduct an exorcism to release a twelve-year-old girl possessed by a demon, using many sacred objects – crosses, holy water, and the repetition of the name Christ. While this depiction may be enjoyable in a horror movie, it is far from the average exorcism. According to Fr. Luis Ramírez, coordinator of the annual exorcism conference in Rome, such cases are not actually common. In reality, possession and exorcism are rare and untheatrical, with a heavy focus on prayer. The retelling of exorcism through horror movies is highly inaccurate, promoting false perceptions.

This theme of demonization is rampant in non-horror media too. In Avengers: Age of Ultron, Ultron, gazing upon the vibranium he is planning to steal as a part of his plan for global destruction, quotes Matthew 16:18, “Upon this rock, I will build my church.” This biblical quotation depicts Christianity in a negative light as a religion that correlates with the movie’s villain.

And despite the demonization of religion being widely centered around Christianity, the Indiana Jones film Temple of Doom is a prime example of how other cultures are demonized as well. In the movie, the leader of the Thuggee cult, Mola Ram, performs a violent human sacrifice. The depiction exemplifies dogmatic attitudes towards Indian culture, cultivating the most brute imagery to bolster the movie’s narrative. This disregard for cultural accuracy is what makes the film so contentious. The Indian government even verbalized concern over the script; however, Hollywood simply shifted production from India to Sri Lanka, a country where people are not Hindu. Non-Christian religions are not even afforded an accurate representation. While movies invoke Christianity as a symbol of faith and hope, non-Western religions are invariably portrayed negatively. The issue with this film in particular is that it remains a cult classic even today. Many people still believe the stereotypes intensified in the film, which can be detrimental to human progress in becoming a more inclusive society.

Religion is a sensitive topic utilized in horror films and other entertainment, and often aspects of religion are decontextualized, promoting negative stigmas. For much of human history, questioning God’s existence immediately resulted in a death sentence. Only recently has this way of thinking been given room to thrive, and horror is one of the outlets actively used to do so. This demonization of religion exists in many shapes and forms, including genres with mass appeal like horror. It is essential to acknowledge these films’ effect on their audience and societal norms. Before stepping foot into a cinema, it is imperative that we consider the severe ideas we are unintentionally internalizing in the search of a good adrenaline rush.