Teachers Who Went to Tino 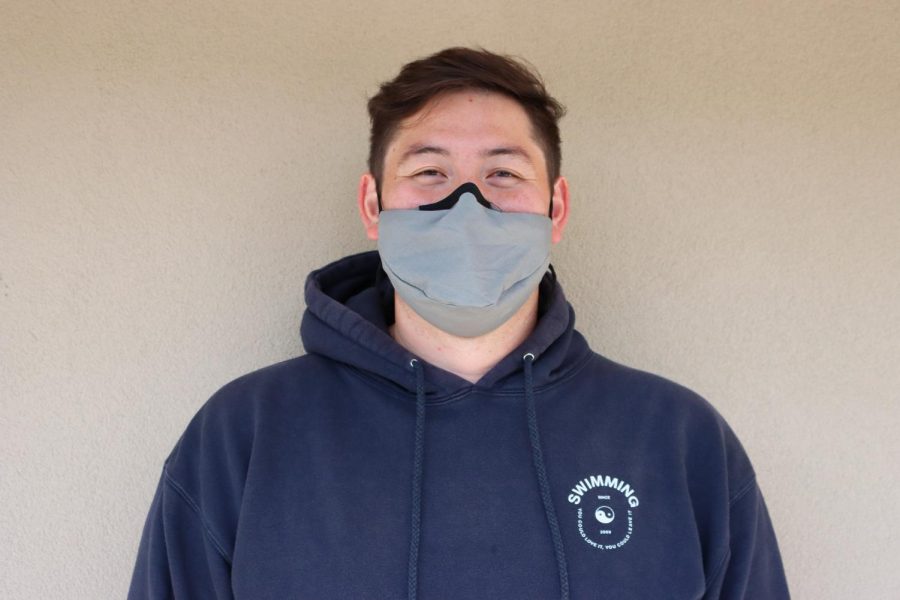 Amy Benson, a math teacher at Cupertino High School and a 2004 graduate, believes that a lot is different about Tino, but at the same time, there are many similarities.

One of the main differences that Benson noticed is within the club’s scene and academics. When she attended Tino, there weren’t as many clubs to join, and academic pressure wasn’t as prevalent now.

Said Benson, “People took AP classes, but they never took like five at a time; they took maybe two or three. Whereas now, there’s a big control shift in Cupertino. There was a healthier balance between academics and social life, and free time existed a little bit more. It was still a pretty rigorous place, but now it’s been amped up a few notches in the last fifteen years.”

There were also a relatively low number of AP classes offered at Tino as well.

“When I went to high school, the only AP science that was offered was AP Biology, but if AP Physics or AP Chemistry had existed back then, I probably would’ve taken them, but it just wasn’t actually offered on campus at the time,” said Benson.

School spirit has stayed the same, if not been increased, since Benson graduated. “I used to go to football games with my friends, and that was a pretty big social thing. As you got older, like junior and senior year, rallies become more special to represent your class, so I had some positive memories there,” said Benson.

When she was deciding what she wanted to pursue in the future, Benson decided to study engineering because of her strong skillset in the math and science field. She later attended UC Davis to get a degree in civil engineering.

Said Benson, “When I started to actually work in the [engineering] field, I realized it wasn’t quite what I wanted to be doing with my life, and then a really cool opportunity came along when I actually coached the JV girls basketball team during the 2009-2010 season.” Benson realized she found it fun to interact with and coach high school students, reminding her of a previous thought about her career. In the back of her mind, she thought that she could eventually become a math teacher.

“Mrs. Morris was having her second baby at the time, and so they actually had an opening in the math department teaching three Algebra 2 classes part-time, and I was thinking of switching over to the education track anyways,” said Benson. She then enrolled in the San Jose State teacher credential program and earned her credential while working as a teacher, and she eventually became a full-time math teacher afterward.

The main difference that Benson enjoyed the most was the advisories about current social issues. Said Benson, “When I was in high school, everything was kind of shoved under the rug a little bit because it just wasn’t as big of a topic. I kind of wish that we had talked about Latino Heritage Month and police violence because that was happening back then as well. So I think it’s really good that Cupertino has shifted the focus a little bit to just being better humans. They’re training people to be a little bit more sensitive and mindful of everyone around them.”

As students enter room 6201, they are greeted by a plethora of treasured momentos ranging from geographical maps covering the depths of American history to poster-sized black and white portrait frames. On closer inspection, however, many of these pieces share deeper roots to Cupertino High School’s history, all protected by history teacher Wes Morse.

Through his lifelong connection with Cupertino High School, Morse has served as a teacher, administrator, basketball coach, department head, journalism, yearbook, and ASB advisor and most importantly, historian of several Cupertino-specific legacies.

Said Morse, “When I think about my high school career, I think a lot about my basketball team and my journalism experience. […] I liked my life where it was; I liked being around. […] Naturally, it all pointed me back to [Cupertino] as a teacher and coach.”

Therefore, Morse was immediately coined the “graduate who never graduated” for his involved role on campus. This return to Cupertino High School was spurred by an unfortunate car crash that nearly killed his brother.

Said Morse, “[My brother] was my coach growing up. In a way, coaching basketball was a way to honor him and his sacrifice[…]: He made a huge difference on not only me, but talking to other people, he truly was a really good coach. And so after the car crash, I returned back to Cupertino because I felt the immediate need to coach.”

Morse began attending gym practices, passing balls to the basketball players. His desire to contribute even further to the Cupertino community grew as he continued coaching, and became reality through the encouragement of several influential mentors including his own high school history teacher, Mr. Bogey and longtime school administrator, Barbara Nunes.

“When I studied here, it wasn’t necessarily a source of pride to go to Cupertino,” said Morse. “We didn’t have a good academic reputation, but that got fixed in the eighties by Mrs. Nunes. However, Ms. Nunes was also a changemaker in vitalizing Tino Spirit. She started this trend of hiring faculty alumnus with the knowledge that alums understood Tino culture due to built in familiarization and loyalty. And in such a way, Cupertino in the late nineties started to develop an identity because the students who attended and the faculty who taught appreciated the school holistically.”

Just like many alumni teachers, Morse appreciated Nunes, who hired him when he transitioned into teaching.

Said Morse, “A lot of how I think really is influenced by Nunes. She valued something she used to call the ‘plus one.’ It is the idea that you’re going to do not only your given role — for example, your responsibilities as a teacher — but one more thing as well. So for me, I have tried to internalize that through my thirteen years of coaching basketball, my organization of the Cupertino High School Hall of Fame, just everything extra.”

Morse hopes that students also understand this phenomenon as they navigate high school. He agrees Tino has become more focused on admission into prestigious colleges than finding a career trajectory that makes students feel truly happy.

Said Morse, “I think students should have that feeling too, that you need to be active in a club, sport or activity or anything that will be fulfilling for you, but also help the school provide an overall better experience due to your impact. [Cupertino High School] has always had and been committed to great people. In the past I have tried to be the champion for school history to provide a sense that everyone here is part of a longer journey but now it is up to the students to continue being the bridge between the legacies of yesterday and the future of tomorrow.”

During his time at Cupertino High School as a student, Mitchell appreciated being able to gather with other students during rallies and football games, as well as having the opportunity to meet new people and celebrate Tino together.

“School was very much about participating in [sports games and rallies],” said Mitchell. “This is the one place I just remember always feeling that I get to be with my friends all the time; we’re just doing stuff all together.”

On his journey to becoming a teacher, Mitchell was initially motivated by his high school mentors who supported him throughout his time at Cupertino High as a student.

“I had a lot of teachers that pushed me to make sure I was either turning things in, or if I was struggling, would check in on me. […] I saw that impact,” said Mitchell.

After high school, Mitchell began coaching, which allowed him to realize his interest in working with teenagers and consider teaching as a potential career. He was also deeply inspired by the difference he was able to make in students’ lives.

“I could just think of seeing kids grow, seeing people develop a passion they didn’t know they had. I have been fortunate enough to have students tell me, ‘Oh, I’ve actually taken this course because you’ve made me like science.’ […] So it’s very rewarding to make people passionate about learning, but specifically about science,” said Mitchell.

Although Mitchell thought he might eventually return to Cupertino High as a teacher, he did not initially plan on doing so. He was intrigued by different school cultures than that of his high school experience in the Bay Area bubble. However, Mitchell’s first job was here at Cupertino High, and by that time, its school culture had significantly shifted. Academically, Mitchell noted that, even though it was rigorous when he was a student, the competitive environment of the school had drastically increased.

Said Mitchell, “I feel like [the competitiveness] has been ratcheted up 30, 40 times more than what it was.”

In addition to academics, Mitchell also elaborated on the positive change in the social dynamic here at Cupertino High. In comparison to the culture of Cupertino High when he was a student, he now enjoys seeing more connection and support between students.

“It’s become like a real community,” said Mitchell. “I see now cross-class friendships that weren’t necessarily there before.”

Looking back, Mitchell would have liked to have been more involved in school spirit activities as an underclassman. It was not until senior year that he really participated in rallies and homecoming skits, which created long-lasting friendships and memories that he still cherishes today.

Mitchell encourages current students to “appreciate what you have right now.” He hopes that students will understand that Cupertino High is a special place to be in and connect with friends because life beyond high school may lead to many different opportunities.