Fight For Abortion Rights in California 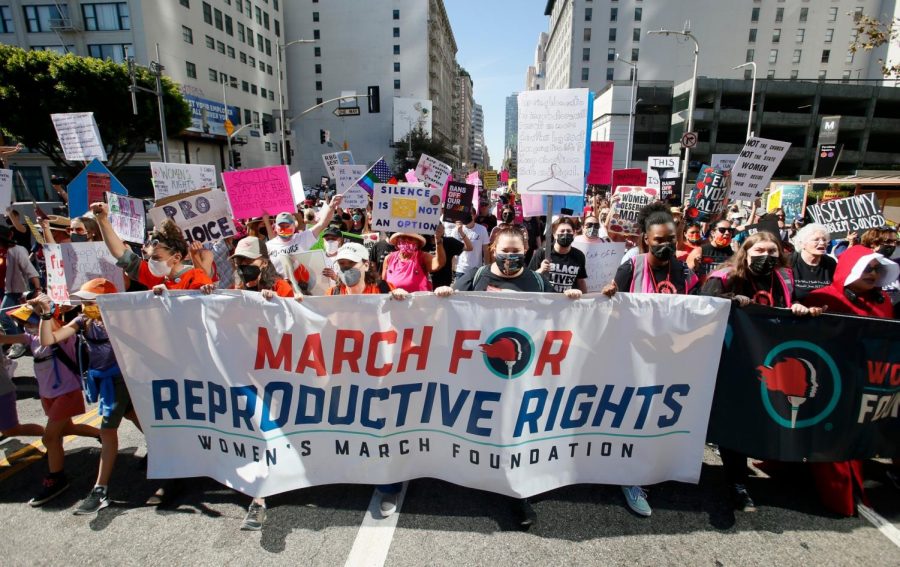 In 1973, the Roe v. Wade Supreme Court case decision resulted in the legalization of abortion all across the United States, protecting a pregnant women’s right to choose to have an abortion without excessive government restriction. As a landmark ruling in constitutional history, it defined a woman’s freedom of choice during the first trimester of pregnancy, and levels of state power/affair during the second and third trimesters. This monumental decision by SCOTUS conclusively impacted the laws of 46 states.

However, decisions and regulations currently being drawn up throughout distinct states, particularly Texas, could undo all the progress we have made as a nation, including California.

Earlier this year, Texas Governor Greg Abbott signed a law that would prohibit abortions in the state at 6 weeks into the pregnancy. This is seen as a near-total ban on abortion as the six-week mark is often before many women know that they are pregnant. Additionally, this new law allows any Texas citizen to sue abortion providers and anyone who aids an individual in receiving an abortion, along with likely being charged with a felony and fines.

For example, if a driver were to help someone reach their destination to get an abortion, they could be sued for “aiding and abetting” an abortion past six weeks. However, both Lyft and Uber’s CEOs have created a “driver legal defense fund,” covering 100% of the legal fees of drivers who get sued on their platforms. Shortly after this law was passed, Logan Green, Lyft’s co-founder and CEO, tweeted, “This is an attack on women’s access to healthcare and on their right to choose,” and designated a million dollar donation for Planned Parenthood to “ensure that transportation is never a barrier to healthcare access.”

However, Texas is not been the only state passing laws to make receiving an abortion more difficult. Over 600 abortion restrictions have been passed nationwide in this year alone. Furthermore, a current pending U.S. Supreme Court case, Dobbs v. Jackson Women’s Health Organization, is determining the constitutionality of a Mississippi state law that bans abortion operations after the first 15 weeks of pregnancy. This court case could be another landmark case in U.S. history, as its ruling could potentially overturn Roe v. Wade. In the case that this occurs, it is likely that anti-abortion lawmakers and political leaders will continue to strip women’s constitutional rights, even possibly making it harder for California residents to get access to the care—concerning abortion—they need.

In reality, getting an abortion is already made extremely difficult due to federal and state restrictions despite the Roe v. Wade Supreme Court case decision. This struggle especially impacts low-income individuals, as well as those from Black, Indigenous, and Latinx communities. In California in particular, abortion is supposed to be more convenient and affordable due to Medi-Cal than other states. However, it is often only easily accessible to those who can get childcare and take time away from their busy lives to travel to a health center that will provide them with abortion care. Furthermore, centers and clinics have been overflowing due to the stress on the California health care system from COVID-19. In addition, patients from other states have been traveling to California to receive abortion care. Said Dr. Janet Jacobson, medical director and senior vice president of Clinical Services at Planned Parenthood of Orange & San Bernardino Counties, “Last year, more than 7,000 out-of-state patients came to a Planned Parenthood health center in California to get care they were unable to obtain in their home state.”

With the rising number of severe restrictive state laws, it is likely that the quantity of out-of-state patients will continue to grow. To target this issue head-first, Bay Area residents have held recent protests and rallies, encouraging fellow citizens to support the cause. [Continue to find more information on recent rallies w/ quotes..]