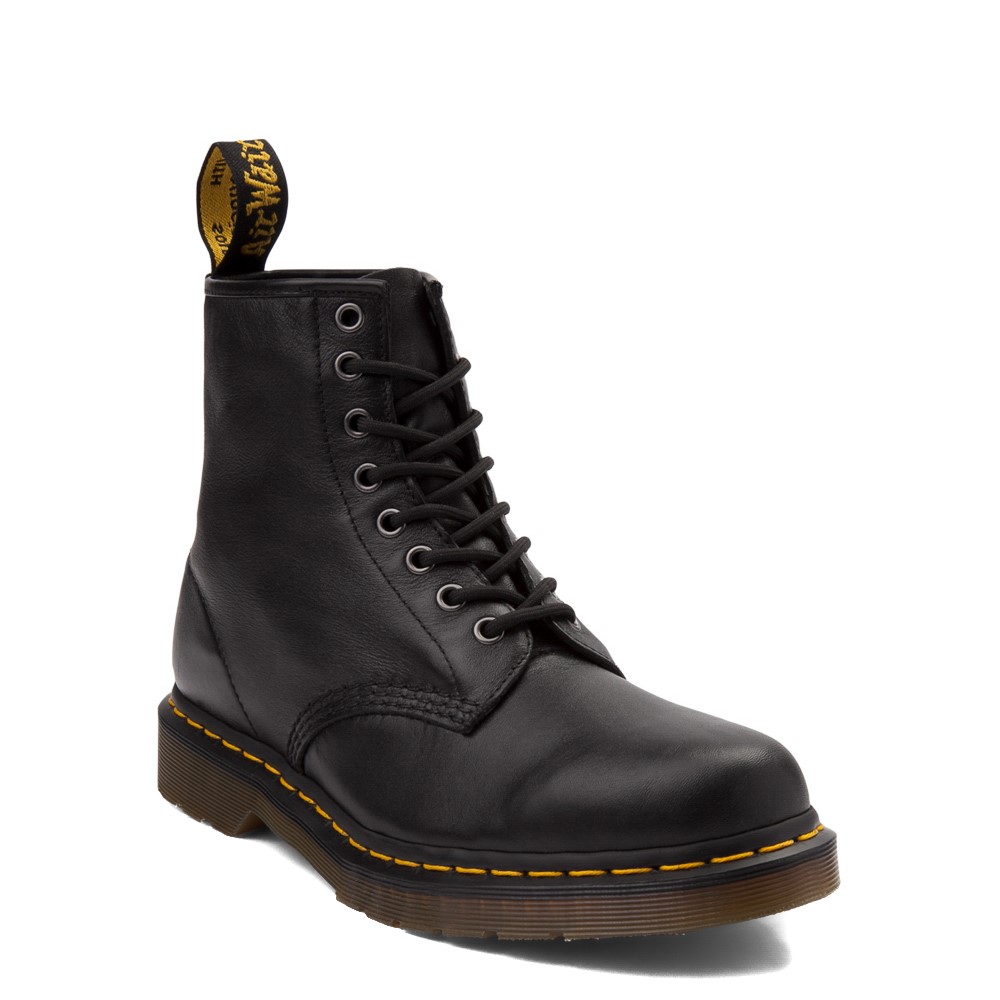 The Rise and Popularity of Doc Martens

The iconic 1460 Doc Martens boots have established a firm footing in the history of the shoewear industry. Starting as cheap boots in the early 20th century, Doc Martens grew from a family-owned business to an international fashion brand. However, despite being known for their punk look today, Doc Martens were created for an entirely unexpected reason.
In the mid-1900s, while recovering from an injured ankle in a skiing accident, German Nazi army doctor, Klaus Maertens, found that traditional hard leather sole boots weren’t very comfortable for daily use in the army and sought a better alternative. That’s when he created air-cushioned soles focused on improving comfortability and providing more traction for workers. Drafting boot designs, his partner and former classmate Dr. Herbert Funk and Maerten used many recyclable materials to produce their boots. Upon release in 1959, the market for the shoes quickly turned towards older women in need of practical and comfortable shoes, shoes advertised as the best for gardening.
After an increase in popularity in the 1960s, the Griggs family, having a solid reputation for producing quality work boots, obtained a license to work boots using Dr. Maertens’ air-cushioned soles. Bill Grigg, the owner of the family business, made improvements to the overall design, rebranded to Dr. Martens’, and became what is known today as the iconic 1460 boots.
Although their sole original purpose was to be comfortable and reliable footwear for postmen, police officers, and many others, Doc Martens were transformed into a symbol of counter-cultural movements, seen in almost everyone in the ___[mention specific years]. The shoes had become a symbol of British youth culture, worn by stars like Pete Townshend, and eventually influenced the United States when American punk bands would go touring in the U.K. However, the popularity of Doc Martens did not last forever.
Sales began to drop after the 90s, with the brand almost going bankrupt in the early 2000s. With the downhill in sales, manufacturing prices rose and Doc Martens inflated to around $85 for a pair. In addition, the number of shoemakers lessened from thousands to over 30 as most went under or moved their profession abroad for more opportunities. In order to keep up with the high costs and low demands, Doc Martens moved a majority of their manufacturers to Asia.
Despite the drop, Doc Martens have been able to gain more traction onto consumers because of famous celebrities wearing the iconic shoes for a different reason than originally intended, fashion. An additional factor to their recent success is their new vegan line that uses 100 percent non-animal origin materials. Doc Martens have also had their own fair share of controversy with its original creators and wearers being Nazis, but it has not affected the people in today’s society with the shoes mainly being seen as an icon from the United Kingdom.
Today, Doc Martens can be seen throughout the streets with growing popularity ever since the family-owned business was sold to a private equity firm. Prices have grown exponentially, but sales have not shown any signs of stopping. However, one aspect that seems to always stay consistent is the classic 1460s design – perfectly in touch with the shoemaking industry.

The Prospector • Copyright 2023 • FLEX WordPress Theme by SNO • Log in