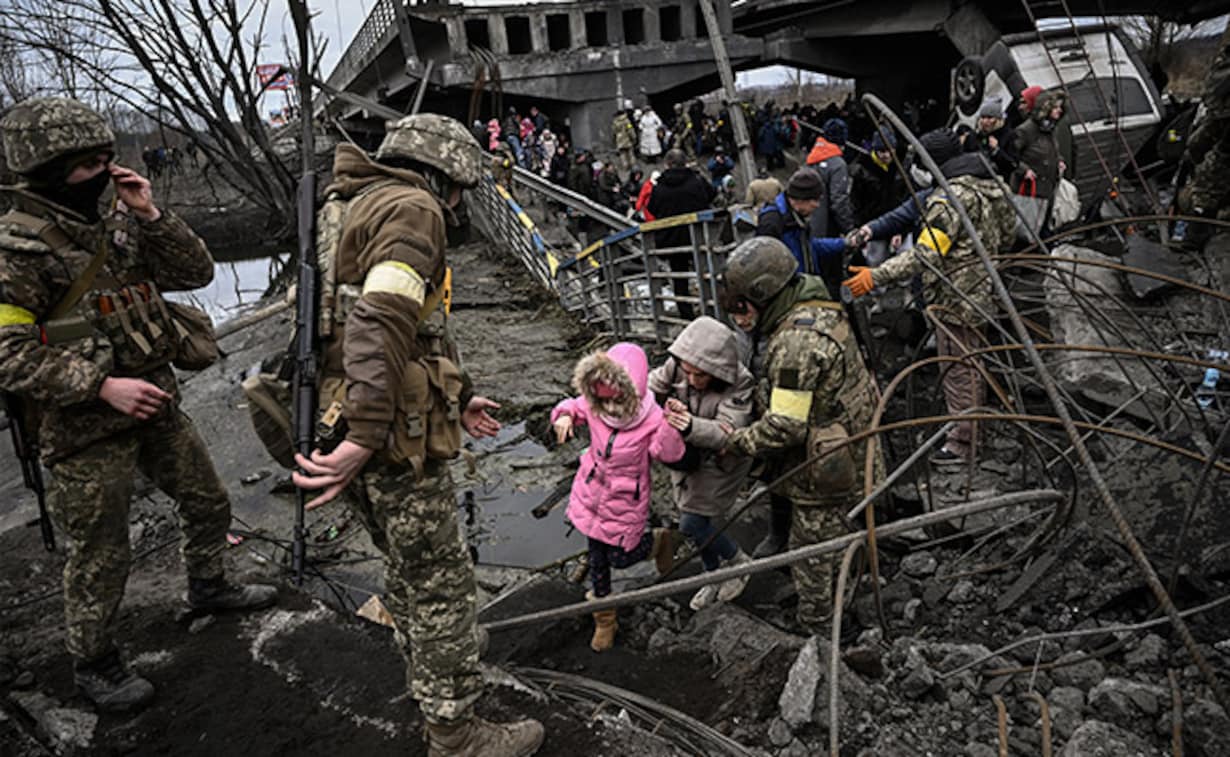 The Russian invasion of Ukraine has forced 5.2 million refugees to flee from Ukraine to neighboring nations in Europe in just over two months. European countries have welcomed Ukrainian refugees with open arms. This support from nearby countries such as Poland, Romania, Moldova, Hungary and Slovakia has been vital to the citizens of Ukraine. While this humanitarianism is a welcome sight, it provides a stark contrast with how European countries viewed refugees from other countries in the past.

One example is the Syrian refugee crisis which was catalyzed by the beginning of the Syrian Civil War in March 2011. Since then, over 6.8 million citizens (35.1% of the population) have fled from Syria to nearby nations, including Turkey, Lebanon, Iraq and Jordan. There are currently approximately 6.7 million Syrian refugees still attempting to escape the country. Professor Serena Parekh explained why Syrian refugees face different challenges when it comes to immigration in an interview with Al Jazeera.

Said Parekh, “Ukrainians have a legal right to enter the European Union and can stay for up to 90 days. So, there wasn’t a question of whether or not they should be allowed to enter. This is a key difference with Syrians, Afghans and others. Even though all asylum seekers have the universally recognized right to seek asylum, this right is often not recognized for those coming from outside of Europe.”

History plays a role in the empathy Eastern Europeans feel for Ukrainians. Said Stefaniya Miroshnichenko, a junior at Cupertino High School whose relatives are currently in Ukraine, “every Slavic country has had some sort of history together, especially because of the Soviet Union. […] So now, the ones that aren’t NATO, the ones that are part of the European Union, they want to do everything they can to help Ukraine.”

Political obligations and history aside, according to the United Nations’ Universal Declaration of Human Rights, seeking asylum in other countries when facing persecution is a universal human right. The omnitude of this persecution, which transcends race, gender and nearly all denominations, is what the world needs to comprehend. The strife that Ukrainians are facing has been endured by Bangladeshis, Syrians, Somalis, Sudanese and countless more. Every person deserves the same outreach and empathy. Yet none so far, even the people of Ukraine who have garnered global sympathy, have received the compassion they require and deserve. This needs to change.

Few comprehend the impact the Russian invasion has had on Ukraine. Said Miroshnichenko, “My grandparents’ apartment was blown up, so there’s no way that they’re going to be able to live there.”

Even with massive surges of Ukrainian refugees pouring into neighboring countries, there are citizens that cannot leave. Said Miroshnichenko, “my grandmother doesn’t want to leave my grandpa, and he can’t leave because he’s not over 60, so they’re forced to stay here.”

Everyone is impacted, and it is not always clearly visible to the public. Miroshnichenko explained how her family in the United States also faced difficulties trying to support the war thousands of miles from their relatives.

“My mom was connecting with a lot of volunteers in Ukraine and they were providing food and water for people who are stuck in shelters because, at some point, people cannot leave. Then GoFundMe saw that and was concerned if people were using that money to buy guns,” said Miroshnichenko, “She raised $5,000 and GoFundMe just took the money away from her.”

What happens in war is beyond the scope of imagination and it takes understanding that it is sometimes impossible to truly understand. We will not always see ourselves reflected in those who are going through tragedy. The selective nature of who receives the world’s empathy is deleterious to the millions who fail to be recognized as victims of their dire conditions. Whether it is Ukraine, Syria, Sudan, or countless other countries, their suffering will be greater than what we have realized, so we must pause our judgment and open ourselves to helping them through the circumstances we may never truly comprehend.